3 Stories of Being a Franchise Dad

I’m a lucky dad of two great daughters, who growing up, have had a front-row seat to much of my work in the franchise industry. As children do, they absorb a lot, so they really “got” some of the key concepts around franchising and business ownership and management early - we even turned some of it into a game!

Here are three stories that stick in my mind that were unique to my kids because they grew up with me and my work in franchising.

When my kids were younger, I used to take them to my family’s cabin for some time away. I remember one time in particular when we were on our way up, and stopped at Taco Bell to grab lunch. As we’re in line getting ready to place our order, I noticed a stack of job applications on the counter - so we grabbed some and took them with us to the cabin. Once we got up there, we started playing a game we called “Get a Job.”

The game went something like this: the girls would fill out the job applications and then take turns interviewing each other for a job. They were only 8 and 12 at the time, so they didn’t know anything about filling out a job application or what questions to ask during an interview, so I helped coach them through that part. Not only were they learning valuable skills, but they were having fun! We laughed a lot!

The girls had a great time interviewing each other and deciding whether or not they were going to offer each other a job. I had my role, as well.  As the “restaurant manager,” they would then discuss their decision with me and share the reasons WHY they chose to either hire their sister or not.

It was a simple and silly game, but we all had a great time and made some fun memories together. They learned some great skills about getting a job and being a manager, too.

Have you ever thought of Santa as a franchise?

I was in line at the mall with my two young daughters waiting to visit Santa, when my oldest called into question the authenticity of the man they were waiting to go see: she asked - he wasn’t the “real Santa”, was he?

I told her that she was right. No, he wasn’t the real Santa, who was up at the North Pole making toys. Rather, he was helping Santa out by talking with the kids and relaying the information back up North so Santa would know who came to see him and what was on their Christmas lists.

She thought about this for a while and then replied, “So, he’s like a franchise.”

I told her she was right. This Santa might not be the original Santa, but he was following the Santa model, had the clothes and beard and doing the real Santa work...and that made him a real Santa. In fact, the whole Santa operation really depended on these “Santa franchisees” who could be out in the field and report back to the North Pole at the end of each day since Santa couldn’t possibly be everywhere at once.

It was a cute comment, but also highlighted how much my kids understood about franchising and how it works - even at a young age! It was great for me to see my kids apply what they understood to a real-world situation, all by themselves!

I was out to eat with my daughters one day, when I spotted an employee who appeared busy, but didn’t really seem to be accomplishing much. He was constantly on the move, but appeared to be doing the least amount of work possible...he’d wipe a table here and there, but would walk right past and ignore those tables that needed to be cleared after guests left.

I pointed him out to the girls and asked them to watch. These types of employees, I told them, are what we call the “do-littles.” They give the illusion of being busy, but when you really watch them, you can see they aren’t really doing much. We watched him for some time, and nothing changed.

The lesson must have sunk in, because a little while later, we were waiting in line at the airport, and one of the girls saw a custodian mopping nearby and asked if he was a “do little.” So we watched him work, and sure enough, she was right! Rather than cleaning the entire floor (which needed to be done), he stood in one place and mopped the same two-foot square repeatedly. He may have looked busy - but he wasn’t accomplishing anything. They saw it and knew what was going on.

It’s an important trait to recognize in management, of course, as it helps you keep this type of underperformer off your team. My hope is that they carry this with them as it could be helpful in their future careers - whether they work in franchising or not!

Do you have a fun story about franchising and your kids that you want to share? Leave it in the comments on my Facebook page! You can add to the conversation here: https://www.facebook.com/groups/johnnyfranchise/

❮ I’m The Lucky One: A Tribute to My Parents
How to Create a Succession Plan for Your Business ❯ 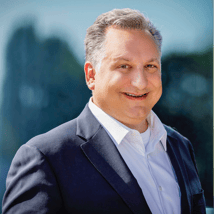